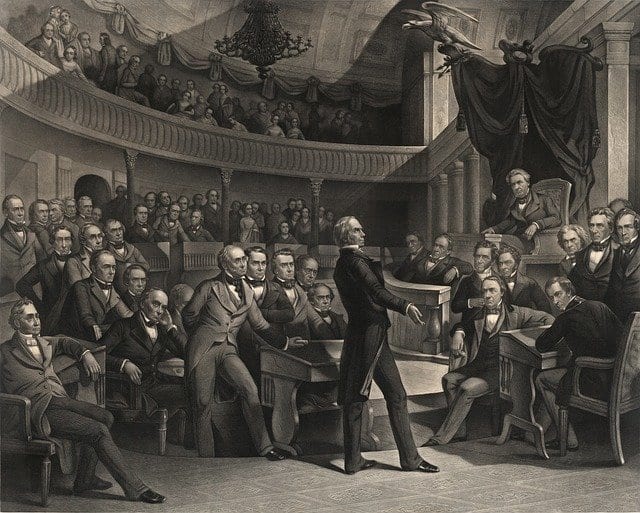 Are there predictions for the third quarter? How are geopolitical factors affecting our economic outlook?

SO MUCH FOR BIPARTISANSHIP: Donald Trump’s alliance with Chuck and Nancy generated good press, which the President craves, but there was one major problem – no details. The details are now emerging, and it’s clear that there’s no bipartisanship between the two parties; hell, there’s little agreement among Republicans.

DIGGING IN: President Trump loves a good fight and reacts furiously to criticism, so here we go. After a day of nasty tweets with Bob Corker (among the most popular Republicans in the Senate), Corker told the New York Times that Trump could lead the country “on a path to World War III.” Most members of Congress agree in private that Trump lacks the temperament to be president, Corker said.

NO MORE MAN-HUGS: Just a month ago, Trump and Sen. Chuck Schumer had an Oval Office man-hug and agreed in principle on an immigration compromise, stunning both parties and leading to hopes that bipartisanship would prevail. But everywhere we look – on virtually all of the key pending issues – the outlook for action has soured. Some examples:

The Dreamers: There is absolutely no chance Schumer and Nancy Pelosi would agree to a deal that builds a wall or denies eventual citizenship to the dreamers. The White House proposal yesterday is a non-starter with all Democrats and many Republicans. And the blowback from the Democrats’ left wing will be scathing: they will howl to Schumer and Pelosi that bipartisanship is futile.

Taxes: In an extraordinary interview yesterday on Meet the Press, Budget Director Mick Mulvaney said running higher deficits – at least $1.5 trillion of red ink over ten years – is acceptable if it eventually jump-starts economic growth. This Keynesian dogma, coming from a former hard-line deficit hawk, has bewildered many Republicans like Corker, while supply-side Republicans are dismayed that abolition of the estate tax looks less likely. There’s no margin for error on a tax bill, as Republicans waver and Democrats reject any compromise.

Health reforms: Reports that the Trump Administration is seeking to undermine Obamacare in states like Iowa have infuriated Democrats, who have been working toward a bipartisan deal to prop up insurers. Trump will use executive orders to further undermine Obamacare, so we think a deal with Democrats is unlikely. Trump now owns the issue of health care, which makes his unwillingness to deal a bit of a mystery.

NAFTA: Moderate Republicans and some Democrats are afraid that trade negotiations with Canada and Mexico will collapse; expectations are low for talks this week. Would Trump back down and produce a NAFTA deal that he would have to sell to skeptics in both parties? We’ll cover this issue in detail tomorrow.

IT’S ALL ABOUT THE BASE: Trump has gone hard-line on immigration; his tax plan ignores deficits; he wants to keep his promise to kill Obamacare; and he needs to appeal to trade protectionists. His focus, clearly, is on his political base – so he will also keep alive his feud with NFL players, which polls well. These and other stances will keep Trump popular with his base, but it will make it even more difficult to get anything done with Democrats or increasingly exasperated Republicans.

WHAT DOES THIS MEAN FOR THE MARKETS? The fundamentals still look good, but third quarter earnings are a wild card. A tax bill is alive, but it’s moving very slowly. Bipartisanship is dead. And now there’s one new factor: average hourly earnings may have turned a corner as the labor market tightens, not an immediate problem for fixed income markets – but something worth watching carefully. And consensus for this Friday’s CPI report is for a rise of 0.6%.

DISCLAIMER: Horizon Investments, LLC is an SEC-registered investment adviser. The views expressed are those of the author, Greg Valliere, and do not necessarily reflect the views of Horizon Investments. They are subject to change, and no forecasts can be guaranteed. The comments may not be relied upon as recommendations, investment advice or an indication of trading intent. Horizon Investments is not soliciting any action based on this document. In preparing this document, the author has relied upon and assumed, without independent verification, the accuracy and completeness of all information available from public sources. Investing involves risk, including the possible loss of principal and fluctuation of value. For more information about Horizon Investments, contact us by calling 866.371.2399 or visit our website at www.horizoninvestments.com.