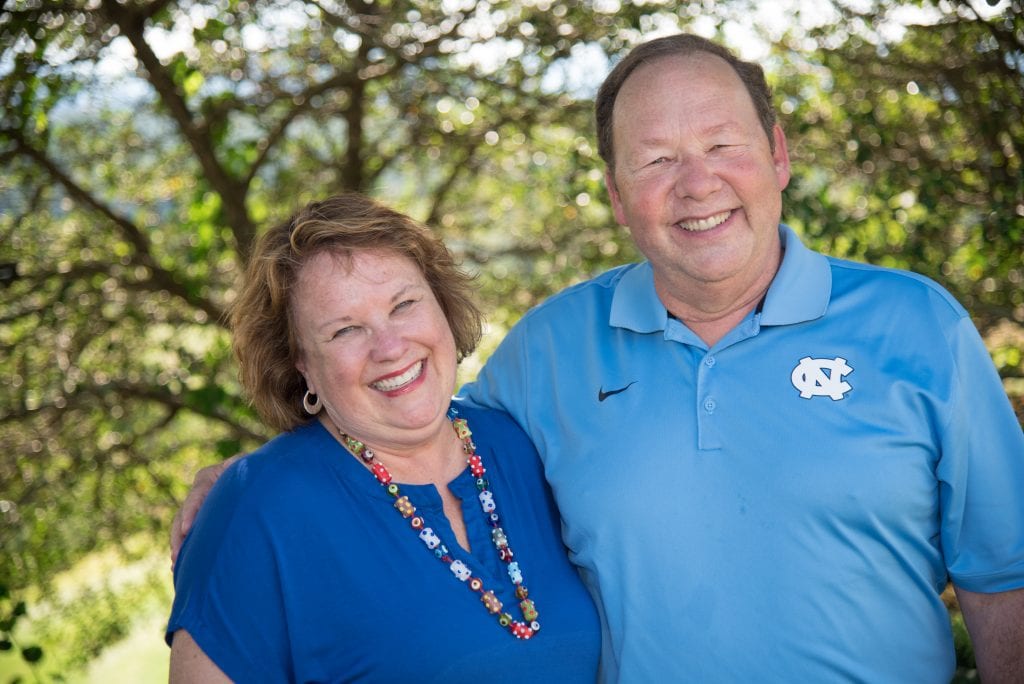 Congratulations are in order for George and Barbara Groome!  The Colton Groome & Company Family could not be happier as a lifetime of giving hearts and hands were graciously awarded on Tuesday, November 8, 2016 by the Association of Fundraising Professionals (WNC Chapter).

George and Barbara were nominated earlier in the year as 2016’s Outstanding Philanthropists by local United Way CEO, David Bailey; who has taken special notice of the community-mindedness of these two.

Together—George and Barbara—have contributed over 100 years of service to the local public.  They have contributed, raised and assisted in raising millions of dollars for multiple organizations serving Asheville and the surrounding area.

Primary interests between them have been concentrated in basic human services, youth development, education, and health services.

Barbara’s passion stems from her 20-year teaching career at Asheville Middle School, where she helped guide and empower 1,100 teens.  In Barbara’s last eight years teaching, she became a leader in the Advancement Via Individual Determination Program (AVID)—a college readiness program for students daring to be the first in their family continuing education beyond high school.  Because of these driving forces from those like Barbara, partnered with the support of a seven-year program, the AVID graduation rate increased to nearly 100%, with a 98% acceptance rate into a college program.

George mirrors Barbara’s interests; seeing the community as a single organism, where individual efforts create a domino effect.  In 2004 George joined a small group of advanced estate planning professionals desiring to create a program maximizing charitable capital on a nationwide platform. The program helped individuals and families think through their Legacy Plans in disciplined and creative ways.  Of a nationwide goal of $1 Billion, Colton Groome & Company’s individual goal was $100 Million in planned, charitable donations. George advised and contributed to these Legacy Gifts, and exceeded the individual goal by 2014, enhancing the ability of non-profit organizations to serve WNC on a generational level.

Colton Groome & Company is so proud of these two—leading by ultimate example—showing us the importance of extraordinary work just outside our own back door.