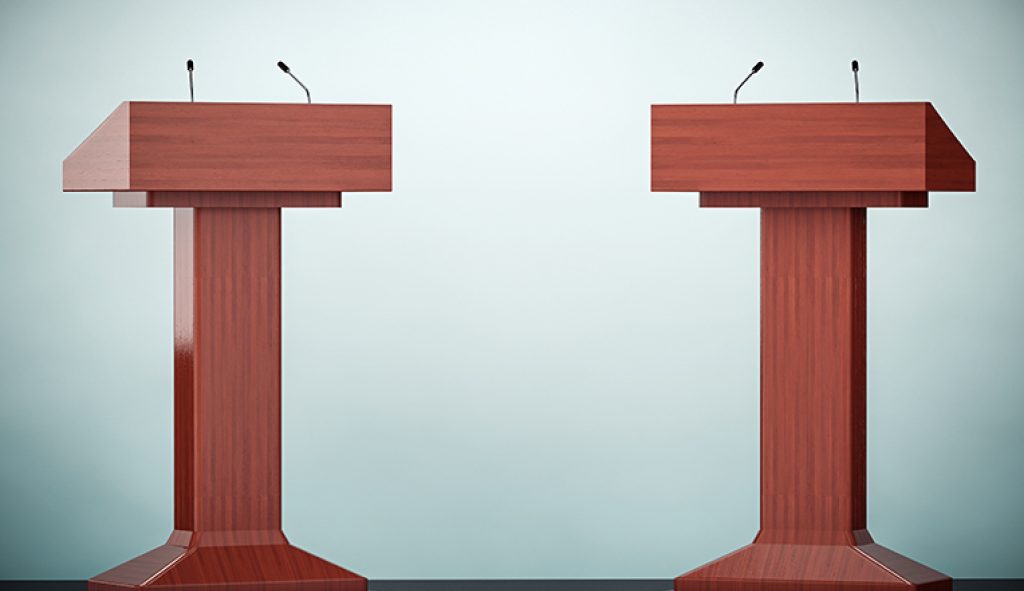 How will the 2020 US election impact financial markets & investors?

A global pandemic. Personal and professional lives upended. The fastest equity drawdown and recovery on record. Already, 2020 has been a year for the record books — and the upcoming election season hasn’t even swung into full gear yet! In this polarized media environment fraught with vitriol, you’ll hear plenty of definitive and extreme opinions about the upcoming election and its impact on financial markets. We’ll offer our view (but without the vitriol) on the potential impact of the 3 most likely election outcomes. First, though, a clear-eyed look at the historical data may help to inject some humility into the discussion.

Do Financial Markets Perform Better Under Democrats or Republicans?

When looking at annual returns for the S&P 500 and annual changes in the U.S. 10-Year Treasury yield across elections results for nearly the past 50 years [Figure 1], a couple of things stand out.

At a high level, the Democratic agenda for 2020 envisions a marked change from the current policies favored by the Trump Administration and the 2016 America-First platform endorsed by Republicans, which the GOP has now said it will continue to support should Trump get re-elected. While neither the GOP nor the Trump campaign is planning to put forth any new policy proposals, the Trump campaign did recently release its 50-point agenda for 2020. In the table below, we compare the Biden campaign’s policy proposals and current Trump administration policies as they relate to the 3 issues that matter most to markets.

The 2020 Election: 3 Most Likely Outcomes

While the first presidential debate won’t take place until September 29th, current polling (as of this writing) overwhelmingly favors a Biden victory in November. Outside of a Biden win, the probability of these three most likely election outcomes is approximately the same according to current prediction markets:

A Democratic sweep would be the biggest change from the past four years and presents potentially the most difficult situation for markets. While historically there’s been a significant gap between pre-election policy proposals and actual outcomes, it’s reasonable to expect that Democrats would view this election outcome as a broad mandate for their agenda.  For markets, this broad mandate likely means higher tax rates — corporate, individual, and capital gains — which would pose difficulties for equities broadly. Risk around drug pricing and Medicare-for-all would be a challenge to the healthcare sector, although these policy proposals would likely be watered down in any actual legislation. Additionally, we expect a dramatic increase in the regulatory burden to weigh on the corporate sector broadly, especially energy and financials, while supporting environmentally friendly companies and green technology. In this outcome, the risk to Big Tech is very high, due to both increased taxes and an actionable consensus on how to hinder their strength through regulation. Given Big Tech’s weight in the domestic stock market, this could weigh on broad equity indices and potentially cause U.S. equity underperformance versus the rest of the world. The fiscal policy stance in this scenario is likely to be geared more toward individuals rather than corporations, which could put marginal pressure on inflation and cause interest rates to increase. Because policy efforts would likely be domestically focused in this scenario, this should take emphasis off of the deteriorating U.S.-China relationship. However, it’s likely there would still be some deterioration, though in a more predictable fashion and less around trade than on human rights and the environment.

Democratic Presidency with a Split Congress

Major legislation would be difficult to come by in this outcome, muting the market impact of the Democratic proposals that are currently on the table. This is especially true of taxes; it’s likely that a Republican Senate would not pass any bill that increases corporate or personal tax rates.  The regulatory outlook would become less market friendly, however. Akin to the middle-to-late Obama years, the Biden administration would likely use executive orders and appointments to impose a more vigorous regulatory regime. This could cause headwinds to traditional energy, banks, and healthcare —  likely stopping short of going after Big Tech — and would be beneficial to green energy and ESG mandates.  Interest rates would likely stay low as well, although there is scope for a steeper curve if the fiscal stance remains accommodative for some time. The relationship with China would still likely deteriorate under this scenario, but in a more traditional and predictable way than under the status quo option.

Republican Presidency without a Congressional Majority

This option would likely see the least amount of change from the prior four years. Because there is concern in the market around the potential impact of the Democratic agenda, this outcome would likely be viewed positively by the equity market. And current market trends would likely persist.  In this scenario, we’d expect the current corporate tax rate of 21% to remain the same, but we could see potentially lower personal and capital gains taxes. Trump’s deregulatory agenda would remain relatively unchanged. We’d expect the Administration to pursue its deregulatory agenda for energy independence and continue its deregulatory agenda for finance. There would likely be little change to the administration’s current stance on healthcare and its stated desire to lower premiums and drug prices. And there would be little to no impact on the regulatory environment for Big Tech. President Trump is a vocal supporter of low interest rates and the current outlook for “lower for longer” rates would likely persist in this scenario. Similar to a Democratic Presidency with a divided Congress, longer term interest rates could increase if the accomodative fiscal stance remains. One area to watch in this scenario is the relationship between the U.S. and China. The bilateral trade numbers each party agreed to in the Phase One deal signed in January 2020 are looking unrealistic. With rising anti-China sentiment in the U.S. (Pew Research study) and a willingness to go against international norms, it’s likely that the Trump administration would push for further decoupling between the two largest economies, potentially leading to decreased business confidence and investment, as well as market volatility.

What Does the Election Mean for Investors Pursuing Their Goals?

Given how much is potentially on the table this election, we think attempting to translate these scenarios into aggressively pre-positioned portfolios would be classified as speculation, not investing. Regardless of which scenario plays out, however, there will likely be opportunities created that a disciplined active management process can capitalize on. Being prepared in advance to take advantage of those potential opportunities is vital.

For investors in the accumulation stage

While there will be winners and losers from November onward, for investors in the Gain stage of the wealth journey, it will be more important to maintain exposure to an accumulation-focused portfolio and continue growing wealth over time. As best you can, look through the potential short-term volatility this election cycle brings to remain focused on your long-term goals and financial plan.

For investors in the preservation and distribution stages

For investors in the Protect and Spend stages, the magnitude of the issues on the November ballot highlights the importance of having a risk management plan in place to potentially provide protection against market pullbacks, while maintaining at least some exposure to equity market upside when possible. As recent experience has shown, risk mitigation plans should be in place before — not during or after — a major market event, in order to stay on track relative to your financial plan.

Most importantly, investors should try to approach this election season with an open mind and a degree of humility. It would serve investors well to try to set aside personal politics and not let emotions take over when making portfolio decisions. Trust that your financial plan was created to help guide you along your financial journey, wherever you may be on that path, and regardless of what happens in the market or in Washington, D.C.

Do you have questions you would like to ask? Attend the Colton Groome & Horizon Webinar on October 16th. To register, click the button below:

REGISTER FOR THE WEBINAR